For dancers there is nothing more exhilarating than dancing.  Actually being on the floor, stage, or in the club or dance hall.

However when I can’t be practicing my craft I enjoy a great Dance Movie.

What is your favorite dance movie?  Below is my list, if there is one I have missed and should see, please let me know in the comments.

When we talk about feel the beat, we not only talk about it being a dance movie. It is all about love, redemption and hope. This film stirring April, talks about her as a dancer who fails on Broadway. Devasted, she goes home and fate makes her meet a group of young dancers known as Home dancers that she starts training for a great competition.

This is a Netflix film featuring Sabrina Carpenter (Quinn) that not only showcases talent, love, friendship and forgiveness but also how college admissions work. Quinn an excellent performing senior is so determined to attend Duke University that she pretends to have a passion in dance after her college interviewer states how much she is into dance. The stars are Liza Koshy (Jas) Quinn’s best friend, and a cute former dancer Jordan Fisher (Jake) who becomes Quinn’s crush and private instructor. Dance floors are found and improvised in preparation for the dance competition that is needed to impress the college interviewer.

This biographical dance film, directed by Ralph Fiennes, follows the esteemed career of one of the greatest ballet dancers of all time, Rudolf Nureyev. He escapes the Soviet Union and seeks asylum in France, where he continues to dance until he dies due to health complications from AIDs.

Megalyn Echikunwoke known as Jamilah in this film seems to have her whole life figured out. As she plans to go to Harvard Law School, she is famously known as the president of the black sorority, student liaison to the college dean in addition to being the step’s dance crew captain. The SBBs (Sigma Beta Beta) is a group of white girls who are known for hard partying. After they embarrass the school, Jamilah has to come back for the rescuing, her mission being to teach the girls about step dancing and winning the most known competitive dance competition “Spectacular”.

The Nutcracker and the Four Realms (2018)

The Nutcracker is near and dear to any ballet enthusiast’s heart, and this film version stars the American Ballet Theatre’s principal ballerina Misty Copeland.

Set against the glamour backdrop of Manhattan, this modern dance film tells the story of a privileged ballerina who falls in love with a struggling violinist. It culminates, of course, with a dance competition.

Channing Tatum strikes again! Not only was he amazing in Step Up and Magic Mike, he brings his unparalleled dance moves back to the big screen in Magic Mike XXL. And … well … we mean. Thank goodness he did. While the first film was a dark drama from Steven Soderbergh, the latter was a delightful story of a road trip — a bro-adtrip, if you will — and features a Donald Glover serenade. 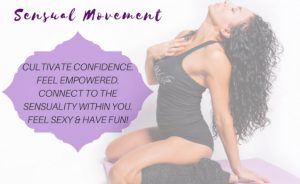 Charlie (Shah Rukh Khan) yearns for revenge from a former traitor. For this to happen he has to infiltrate a hotel that is hosting a dance competition in Dubai. He therefore gathers a crew of non-dancers to compete and they learn to dance with assistance from a bar dancer.

Mike Lane, played by Channing Tatum, works several jobs, but his greatest ambition is to make furniture. Along the way, however, he discovers his natural talent for dancing — and it’s not all about sexy body rolls. He’s actually really good! With unforgettable routines and giggle-inducing outfits, this is a dance movie unlike any other.

This remake of the 1984 classic is every bit as entertaining as the first. Starring Kenny Wormald, these dance sequences will make you get up out of your chair and dance along.

Black Swan is equally dance-tastic as it is scary. Natalie Portman plays Nina, a ballerina who becomes completely consumed by her dark leading role. Every other character in the film – including Lily, played by Mila Kunis – is portrayed through Nina’s eyes, so it’s hard to know if we ever really meet the other characters’ true selves. The dance sequences are incredible in this movie, but it’s also entirely disturbing.

The classic small-town-girl-heads-to-the-big-city story gets a campy, vampy update in this film. Starring Christina Aguilera, Cher, and Kristen Bell, it’s filled with drama, divas, and more Swarovski crystals than you can imagine. Another movie that paved the way for the memorable pole dancing movies to follow.

This remake of the 1980’s classic also deserves a place on the list of best dance movies. Its cast features dance luminaries like Bebe Neuwirth and Debbie Allen, as well as household names like Kelsey Grammer and Megan Mullally.

Stomp the Yard (2007) Stomp the Yard is a true gem in the dance movie category. It centers around a street dancer named DJ who goes to college and joins a fraternity. Once in school, he enters a step dancing competition with his frat brothers. Stomp the Yard offers some seriously impressive combinations that you’ll be dying to try after watching.

Step Up (2006) Step Up, better known as “the movie that made us fall in love with Channing Tatum,” obviously deserves a spot on this list. Like Save the Last Dance, Step Up does a good job of fusing ballet and hip hop through the interests of its main characters. In addition to Tatum, this dance film also stars Alyson Stoner and Jenna Dewan.

You Got Served (2004) This is one of the greatest dance movies that showcases not only trendy hip hop clothing, but the unparalleled moves of Omarion. The plot centers on dance battles in Los Angeles. Steve Harvey even has a role in the film!

Shall We Dance? (2004) Buttoned-up lawyer John Clark, played by Richard Gere, begins taking ballroom dance lessons from Paulina, played by Jennifer Lopez. What ensues is a magical foray into the world of ballroom dance. Not only is it one of the best dance movies ever, it’s also one of JLo’s best films, too.

Honey (2003) Honey is a solid staple in the dance film genre. It stars Jessica Alba as the title character, Honey Daniels, who teaches hip-hop to kids and dreams of becoming a famous music video choreographer. She gets her big break when she’s asked to star in a music video herself. Mekhi Phifer and Joy Bryant co-star as the boyfriend and best friend, respectively, who help keep our fledgling choreographer grounded.

Chicago (2002) Based on the musical of the same name, the film Chicago starred Catherine Zeta-Jones and Renée Zellweger as the iconic Velma Kelly and Roxie Hart. The movie musical incorporates classic Bob Fosse choreography which translated almost seamlessly from the stage to the big screen. Also, the dance that Velma and Roxie do together at the end of the movie is the perfect duet to try to learn with your bestie.
Save the Last Dance (2001) Save the Last Dance came out on the heels of 10 Things I Hate About You, and basically cemented Julia Stiles as a darling of the ’00s teen movies. Save the Last Dance contains a solid blend of ballet and hip-hop dance, and we’d be lying if we said we didn’t partially love it because Derek (played by Sean Patrick Thomas) is super dreamy.
Center Stage (2000) In addition to being an amazing dance movie, Center Stage is one of the greatest romantic dramas all time. The choreography is top-notch, and we’re still obsessed with that epic routine at the end (not to mention Jody’s iconic red dress). However, we can all agree that her relationship with her dance teacher was totes creepy and way inappropriate. Remember: it’s not okay to date your teachers IRL. Okay? Okay.

Billy Elliot (2000) The protagonist and title character, 11-year-old Billy Elliot, could literally dance circles around most of us. Set in England in 1984, the movie follows Billy as he ditches boxing and enrolls in a ballet class to follow his real passion. This film actually has a great message, as it reminds us that we should always be true to ourselves no matter what and has inspired many male ballet dancers.

Dance with Me (1998) Equal parts dance and romance, this drama stars Vanessa Williams as a stuck up ballroom dancer and Chayanne as the free-spirited Rafael Infante. They enter a dance contest together and sparks fly.

Go behind the scenes and find out just what it takes to be a showgirl in Vegas. The movie shows the hard work, hard choices, and hard realities that Nomi Malone (played by Saved by the Bell’s Elizabeth Berkley) must face if she wants to be a star.  This was the first of many stripper / pole dance  themed movies with stars like Jennifer Lopez, Demi Moore that followed through the years.

Dirty Dancing (1987) If dance films had their own kingdom, Dirty Dancing would be the one true monarch. (Patrick Swayze’s lift even inspired a remake in Crazy, Stupid, Love — with Ryan Gosling, no less!) Also, it’s impossible to watch this movie without belting along at all the songs. Sing it with us now, “I’ve…had…the tiiiime of my liiiiife!” Yeah, we thought so.

Real life dancer Mikhail Baryshnikov stars as a male ballet dancer who has defected from the Soviet Union and is desperately trying to escape, all while still dancing, of course. The film features tons of inspiring dance scenes and also stars a young Gregory Hines, Helen Mirren, and Isabllea Rosellini.

Footloose (1984) One of the greatest dancing stories of all time is about a town where dancing is not allowed. Not only will this movie inspire you to take dance lessons, you’ll also be singing the songs on the soundtrack for the rest of your life.

Flashdance (1983) Alex Owens is a factory worker by day and a night club dancer by night. Her greatest dream? To get into a prestigious dance conservatory and become a full-time professional dancer.
Fame (1980) At the New York High School of Performing Arts, competition is fierce and talent is sky high. This iconic film is one of the very first dance movies, and introduced star Irene Cara.

Before there was Grease, there was Saturday Night Fever. Let’s face it, Danny Zuko is pretty similar to Tony Manero, John Travolta’s character in Saturday Night Fever. That iconic white suit Tony wears on the poster? It’s basically Danny’s outfit in the “Hand Jive” scene in Grease. Saturday Night Fever will go down in history as one of the best dance movies ever, and the music might make you fall in love with disco. Seriously disco themed parties and clothing are as popular today as they ever have been.  Some say it was because of legendary Studio 54 in New York, City, but dancers know it was becasue of Saturday Night Fever!

The Red Shoes (1948) Up-and-coming ballerina extraordinaire Vicky Page is destined for greatness, but quickly becomes distracted by a charming composer. Ultimately, she must choose between the two.

In this classic Swing Dancing Hollywood film, Fred Astaire plays Lucky Garnett. Lucky is part dancer, part gambler—and wholly entertaining. He heads to New York to make a fortune, and falls head over heels for a dance teacher played by the one and only Ginger Rogers.